Contents of a Dead Man's Pockets

Lou was a 78-year-old SAG character actor and amateur model who love posing in my elaborate photography shoots--the more outrageous the better. After COVID forced us into quarantine, I asked if he wanted to keep collaborating long distance, and he sent me this selfie: a dick pic. He saw it as a work of art, so I digitally altered it to create a painterly feel and give it a frame. He was delighted with the final image.

Not long after that, his wife emailed to tell me he had died of coronavirus. I created this elaborate frame as a memorial to his life, imagining what he might have carried with him as he went.

I don't know how to answer the standard question "is this artwork framed." The frame is the artwork. The frame defines the artwork. There is no part of this that is not integral to it, but it has all the frame that it needs already.

Dimensions and weight are approximate, but I'll get good measurements soon and update this. Or just ask.

David Gallo’s "Contents of a Dead Man's Pockets" is an immensely complex work that utilizes a sweeping range of mediums to convey heart-touching loss and pay tribute to the life and humor of a friend. Its meaning is as varied and intricate as its component parts. So much of the human experience is communicated in this work that it is difficult to know where to begin our investigation.

"Contents of a Dead Man's Pockets’" most important conceit is the collaborative nature of its creation. Painting is often thought of as the least collaborative artistic medium; the lone artist creating entirely on their own without editors or partners. However, this perception—like every other that holds something can be made without the help of others—is completely misguided. The artist’s brush did not appear out of thin air, nor did their inspiration, paint, palette, or canvas. All art is made possible by a complicated ecosystem of gathering raw materials, production, shipping, and experience. Without this mutually beneficial and communal framework, every museum wall would be barren. It is dangerous in more ways than one to believe a single person can create something out of nothing; without cooperation and community, nothing is all we have.

This work is not only composed of such a wide range of elements that I would be compelled to write a small novel to chronicle the origins of each contribution, but also an unusually reciprocal relationship between subject and artist. The penis depicted, belongs to Gallo’s friend and collaborated, Lou, who sent it during quarantine when they could no longer work in person together. In the spirit of their ongoing synergetic creative relationship, Gallo did not leave the photo untouched but digitally altered it to lend a painterly appearance to the work. Once Gallo finished his contribution, he sent the image to Lou who was tremendously pleased with the result. This, however, was not the end. In fact, their collaboration would continue into death.

Tragically, Lou died from the coronavirus sometime after he received Gallo’s additions to his somewhat licentious and cheeky photograph. Instead of leaving the artwork as it was, Gallo took this as a provocation to make something greater and more universal. He decided the best way to mourn his friend was to pay tribute to him and create a physical object that would outlast them both and keep the memory of Lou enshrined in the material world.

The frame is the defining feature of this work. As Gallo notes, to imagine this work without a frame is to imagine a painting without a canvas. The initially garish and over-the-top frame has been adorned with a plethora of quotidian objects that would have accompanied Lou throughout his life. A cell phone, a comb, sunglasses, reading glasses, coins, candy, and much more are fixed to the frame like the memories of our friends are fixed in our minds. The twine and barbed wire crisscrossing and wrapping around the work are evocative allegories of death and separation. The barbed wire stretches over the picture and separates us from its subject much like death separates us from life. But the work also immortalizes Lou and thus keeps some part of him in the land of the living.

The detailing of "Contents of a Dead Man's Pockets" communicates Gallo's admiration for Lou and his sadness at his passing. Clearly, Gallo kept adding and adding elements until he was satisfied that it did justice to Lou's life and person. This is not a haphazard and poorly thought-out work, but one done with care and genuine feeling. If only we could all have a friend like Gallo who gives us life after death.

Thank you for taking an interest in my work and writing such a thoughtful analysis! Save to Collection
Onward and Outward Save to Collection
Untangle a Knot You See in the World 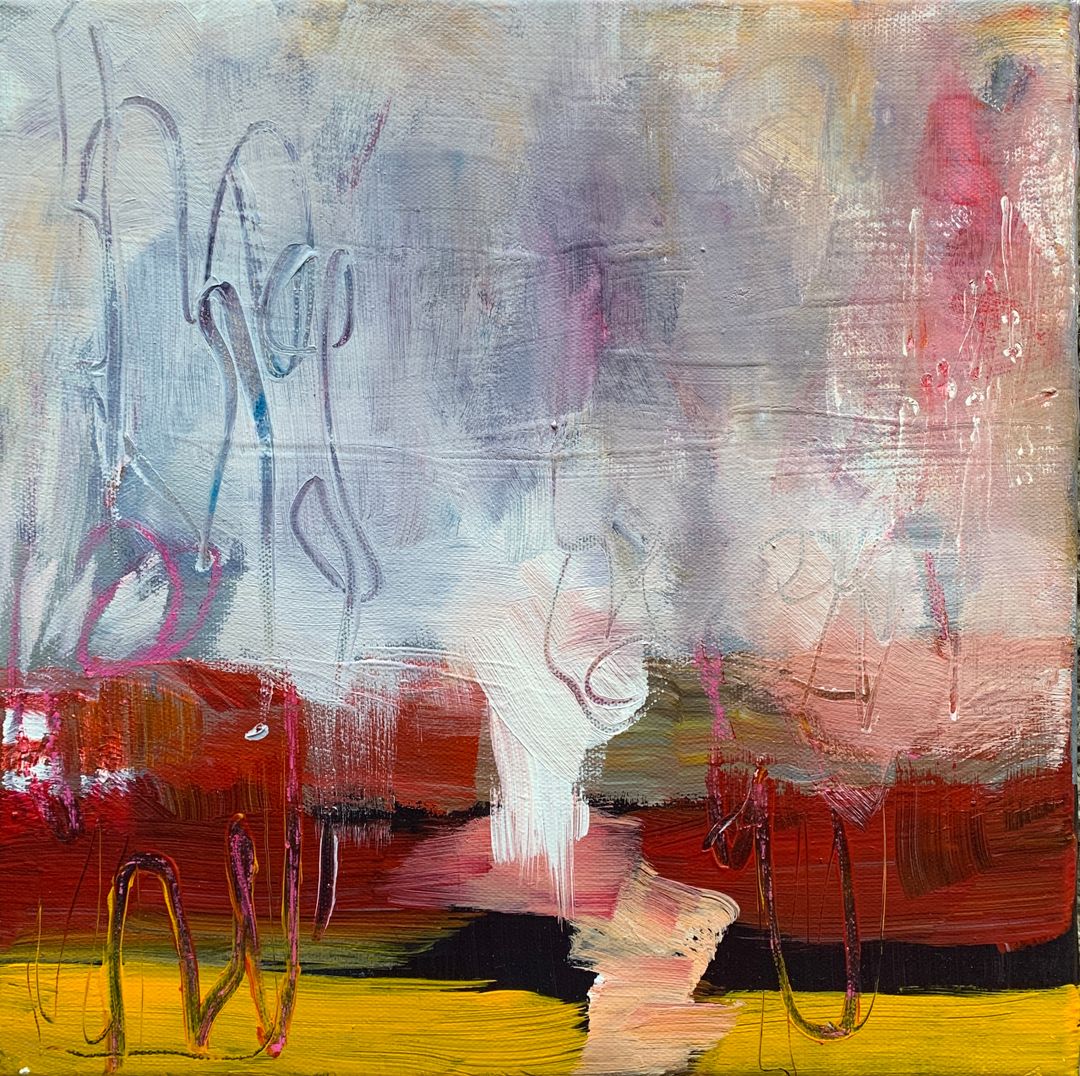 Save to Collection
Impressions of Fall