unsung artist that needs to be "sung"....Lilit Vardanyan of Armenia...and about "Exchanging" Art 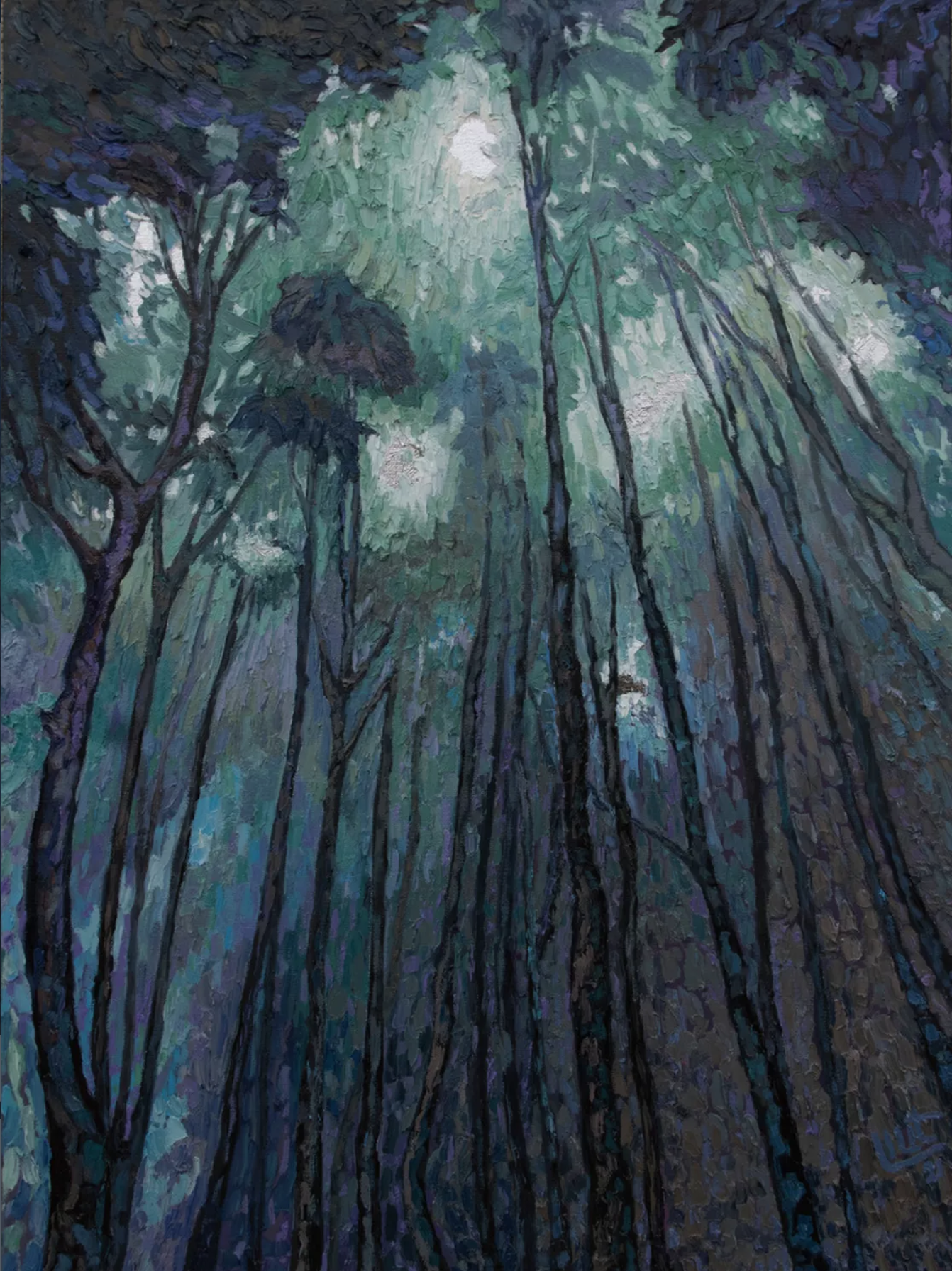 Some time ago I saw some amazing trees. I was transported to a VanGogh styled world of dancing colors and imaginative interplay of nature that still "felt" real enough to enter. The perspective was incredible. I was convinced, for a moment, that like Alice down the rabbit's hole, or even more like the children in Narnia, that if I could open this artwork's closet I would not only go into that color-washed world, but would myself become a creature color-daubed and flowing, much like the VanGogh film that brought his works to life (well, ok, they were already plenty alive, they just added even more movement than was already there).

Her name is Lilit Vardanyan, and after discovering her works, I fell in love with those paintings, most likely because they were so unlike my own. They say opposites attract. I am a fairly strict realist for the most part, only dabbling in surrealism lately, still timid with extending myself into other painting territory that is unfamiliar, and that definitely includes large-brush impressionism of her style.

What happened: I communicated to Lilit via Artfinder.com, because that's where I found her. We began a conversation that is still lasting. There was much Messenger traffic between us about our respective arts, and also I learned a great deal about Armenia, which is really not all that far from the Ukraine conflict. A 16 hour trip around the "big lake" over there (The Black Sea). It turns out that not long after we started communicating there was indeed conflict with Turkish elements that were making things difficult for Armenia.

We agreed to "exchange" art pieces. We both agreed to exchange via shipping 2 small pieces of our art, 2 - 8x8 pieces, that was the deal, and without knowing what it was that we were getting, a surprise. This was so cool. Well, I did finally get her pieces, 2 small, 8x8 pieces as agreed upon, and brilliantly done. I have placed them in a prominent location. They are the ones just below here. As for my pieces reaching her? Well, I shipped them, and I understand that they NEVER arrived, despite my repeated inquiries. Hmm. 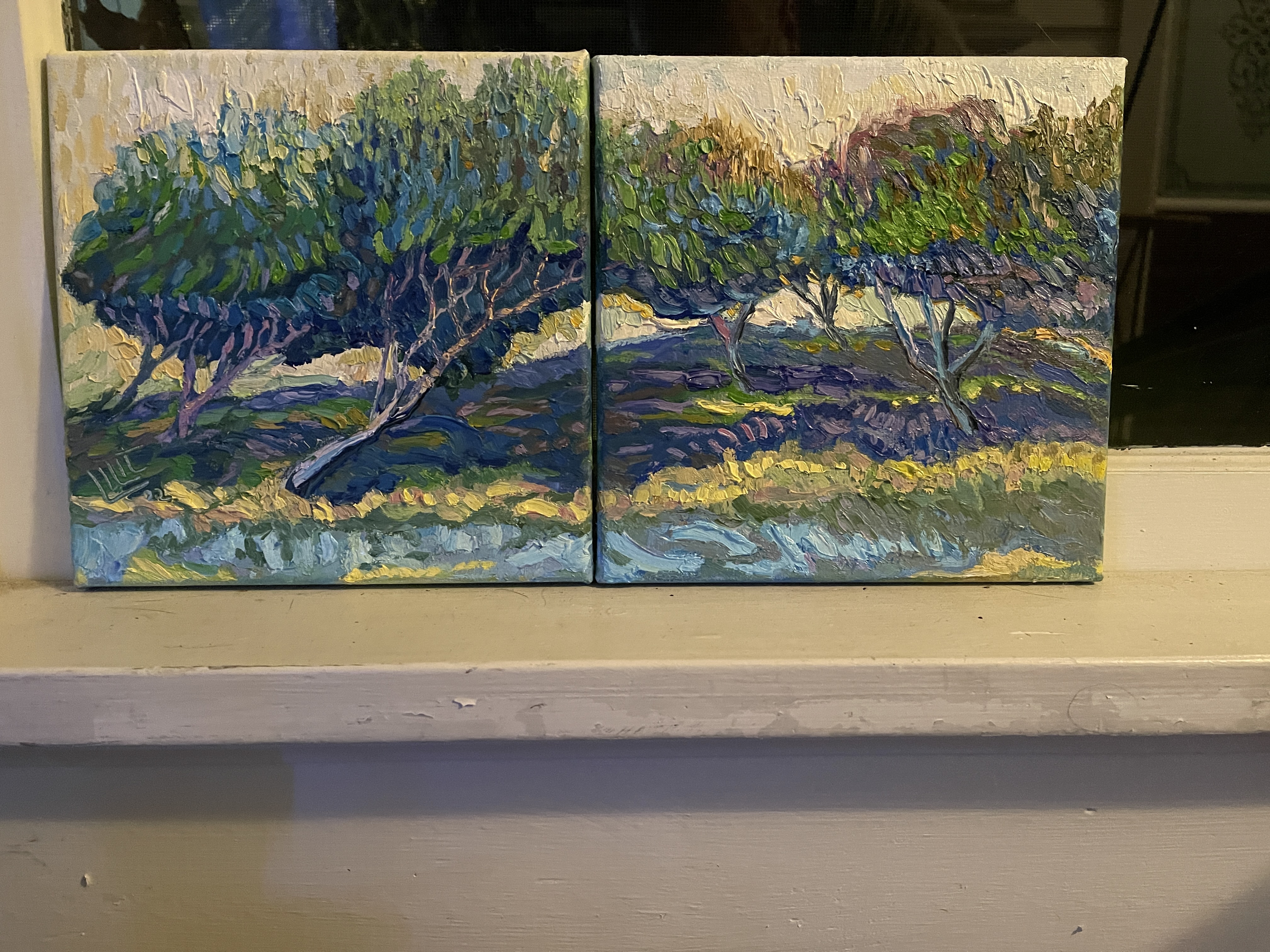 So ABOUT Lillith Vardanyan then...

...Married, and a mother of a 10 y.o. son. Her profile, first of all, is on Artfinder, among other places, but NOT on ALTAMIRA because of something to do with the acceptance of PayPal, which she may not have, or something like that. I encouraged her to put her stuff on here, and she said an emphatic "Yes!", but for some reason could not. I am HOPING that the staff of Altamira will catch this and try to get her on the site here. She deserves more exposure. Why do I think so? Because I'm older, have seen a great deal of art, and I know something great when I see it (I know I know...there is no accounting for taste they say, but that's not completely true...the "accounting" for taste, while not exclusively the domain of numbers, meaning number of fans, number of clicks, number of "eyes on", reach of marketing...popularity... CAN mean something in that a certain work has appeal, and that, possiblly universal, so the value added of an artwork has to be partially it's reception by others...the problem of course being that sometimes crappy art gets rave reviews in a world of marketing...that's another article). What I guess I'm saying here is, I hope more eyes get to view her marvelous stuff and it stands the test of popularity based on it's virtue as great art alone. I think Altamira can help with that, as it would seem this platform is the most democratically driven ideal I've seen yet, what with the open ended entries, the "UpVote", and such. I do love it. To sum up her CV: She is a Master's Degree student of art and...you know, you should read it for yourself on that other site and see her works right? Why bother reading it twice....https://www.artfinder.com/artist/liloart/ 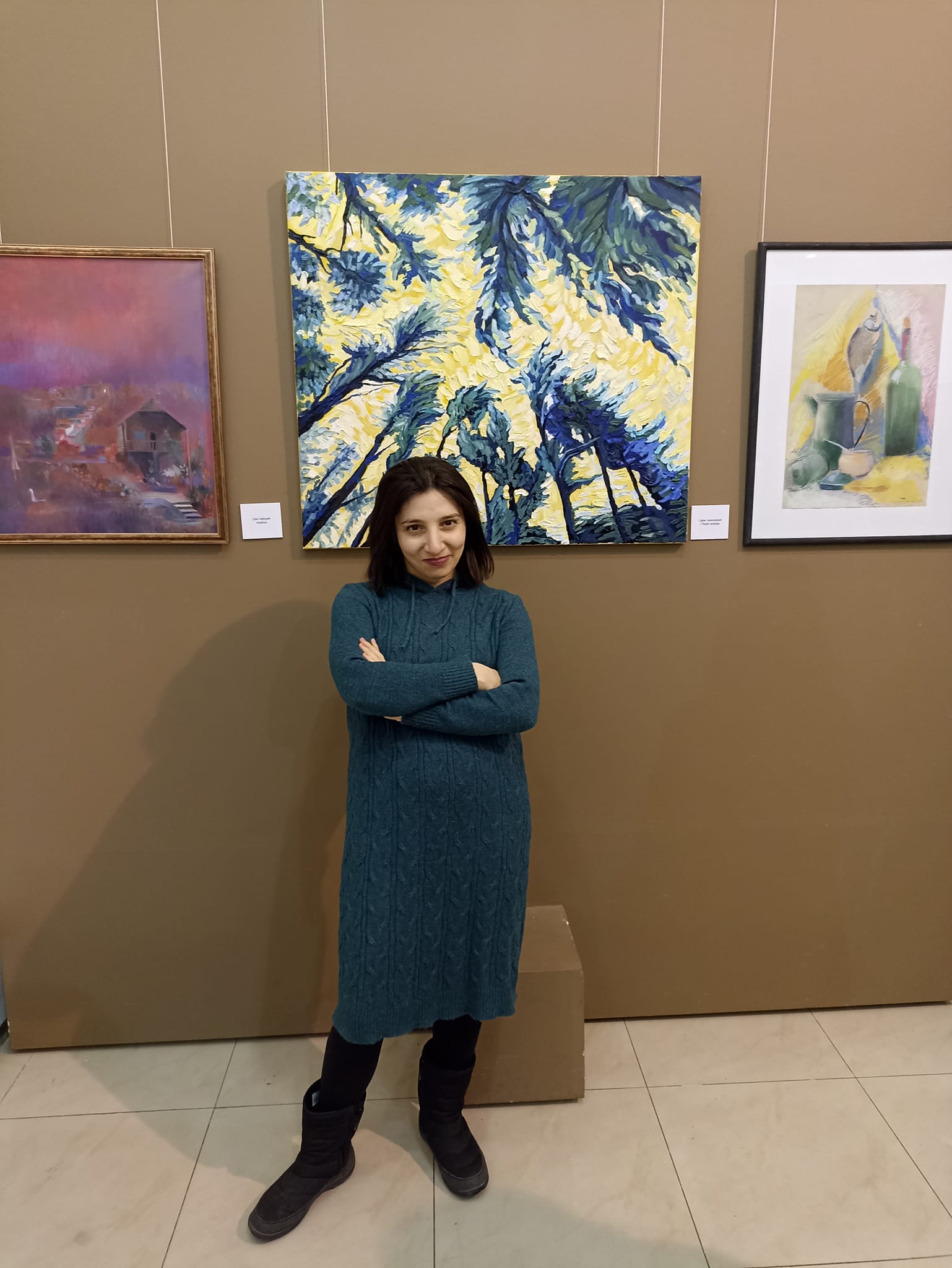