I was about 5 years old when I was separated from my mother. We were watching T.V. On the couch when the cops burst through the front door and arrested her for possession of stolen property (the television).

The surface of the painting is delicate. It was painted with dry pigment over wet oil paint. Extra care should be taken while handling it.

There’s this tension between seeing, remembering, and dissolving, in the work of David Downs.

His monothones paintings represent fragments of reality eradicated from their context, and by focusing on psychologically charged details.

There’s a melancholic tone of desolation, in most of these images, that usually characterize something lost. In fact, these images appear on the canvas as fragmented memories do in our head, when we try to dig into what is gone.

As the details progressively dissolve with time, we try to save the general impressions and emotions surrounding these shadows from being submerged by the oblivium.

Sometimes Downs bends on the canvas also some found objects and fragments from the material  world, creating complex existential assemblages which seek to give substance to these memorial images.

Titles are also highly evocative, activating and suggesting all a series of meanings for the viewer in approaching these images, and interiorizing them.

Thank you so much for this review! I’m so grateful!

Rendered in dark, mysterious blues and blacks, David Downs’ Television is a personal mediation that touches upon trauma, loss, ambiguity, and memory. The story behind the painting is both heartrending and compelling. I am often wary of writing about such intimate works out of the fear I will misrepresent or attribute too much of my own opinions. Works such as Television describe experiences that should be told by those involved, but that is precisely what Downs has accomplished. I hope to write an empathetic response instead of an objective interpretation. For these reasons, I will not reiterate the story behind the painting as he does so in the work's description and with his brush (please read it, both on the page and the canvas).

I think it best to begin with his painterly choices and how they reflect and communicate the work’s mood. The near impenetrability of the dark establishes the scene as a memory, an apparition that appears through the haze of time. Television describes a memory not lost to the past but obscured by it and remembered as much through the lens of the experience’s emotional toll as the experience itself (perhaps they cannot be separated). That emotional toll is conveyed by the dark, foreboding, and deep blues that dominate the canvas. Blue is an emotive color and can conjure up any number of feelings but is often associated with sadness. And by its connection with sorrow, it is inextricably tied to memory.

Rarely do we feel sadness in the moment. We feel anger, fear, shock, disbelief but sadness tends to come with reflection. The incubation period between our initial reactions and subsequent sadness can be less than a minute or over a decade. After we have had some opportunity to process the pain, we can be overwhelmed with despair which eventually gives way to sadness and melancholy. This process is not set in stone, but some combination of its steps usually leads to our blue states of mind. We feel and see this marriage of memory and sadness in the present work. The shadows of the past and the shadows of pain dampen and intensify each other.

Sometimes we block out our most traumatic memories to the point where they are wholly obliterated until they reappear with a vengeance. I know people who have "forgotten" (self-defense might be more apt) seemingly unvaporttable experiences only to have them reemerge over 30 years later. Conversely, memory can escalate our sadness and imprison us in its uncomfortable embrace. Time can heal all wounds, but it rarely does. There is immense power in vaportting, and I have often longed for a greater capacity to do so. In fact, I don't think we can ever truly vaport something horrible but only repress it. We can be sure that neither vaportting nor repressing can lead to healing but only a delay of the inevitable, a band-aid that does not heal but conceals. Confronting these memories and allowing their agony to wash over you is among the bravest things a person can do. The necessity of suffering to end (or, more likely, soften) suffering is one of the unfortunate dilemmas of human existence. How we go about this process varies by the individual, and there is undoubtedly no one prescription that can be universally applied. For me, and I presume for Downs, creating art about past suffering has provided the best balm for my grief. Downs, however, has taken the next and courageous step in the artistic approach to dealing with sadness: baring it to the world.

To channel one's torment into art and use artistic expression to confront and process it is one thing; opening up not just to oneself but also the rest of the world is entirely another. It takes immense courage, but the reward can be worth the risk, as with all difficult things. This openness extends past the realm of art to all human interaction. We cannot deal with all our problems independently, nor should we be expected to. Putting a voice to our torments and expressing them to our friends (and in the case of art: the world) not only gives us a sounding board but a sense of control. If we refuse to let our grief define us and we run towards it, expose it, and take command of it, we will almost certainly not dispel it, but we can overcome it. Overcome not in the sense of converting sadness to something more pleasant but overcome in the sense of smashing its dominance over our psyche. Art's ability to give us power over our pain is among its greatest contributions to humanity. And this healing application of art is not just the purview of the artist but the consumer as well; reading, viewing, and hearing art has helped (and even saved) me as much as creating it.

I commend Downs for his valor in creating and sharing this work, and I thank him for what it has done for me.

Amen, John. How articulately you describe this work. The vivid blue figures on the screen are stories in and of themselves. Your critique hones in on not only the trauma behind it but the labyrinthine human response to trauma. This is a moving piece--both the art and the critique!

Thank you so much, Judith. It's such an emotionally provoking work

John, thank you for this amazingly heart felt review! I’m so touched and inspired by what you said. Thank you!

Thank you so much for sharing the work. It really touched me 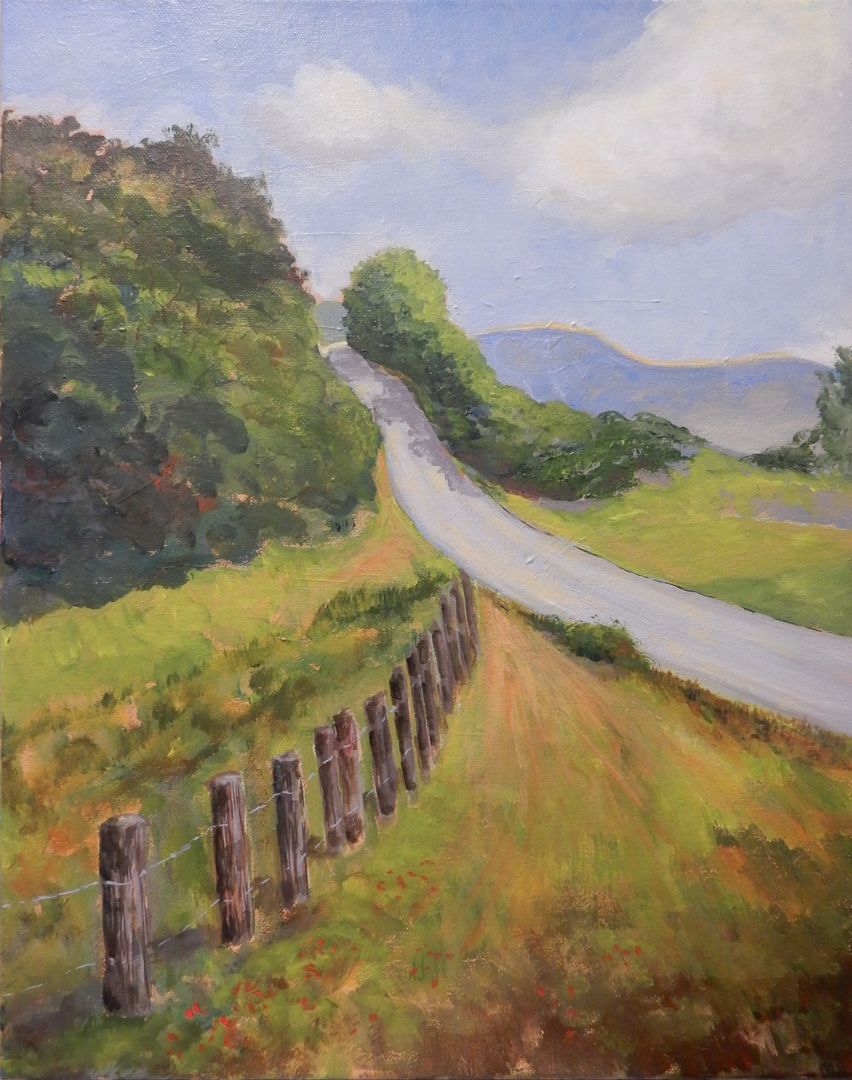 Save to Collection
Soon Save to Collection
Towards Great Perfection #2 Save to Collection
Desire