Hiking up on the mountain, we imagined ourselves as the last humans in a post-apocalyptic world, and played word games like Whole Beheaded. Q: You waste, you wait for the finale. A: Spend, Pend, End.

When looking at Madalyn Freedman’s Spend Pend End there’s a lot to take in. I should know, I’ve been staring at it for two days straight. My eyes being met with a returning gaze from the skull belonging to some horned, possibly bovine-like creature taking up most of its composition. Its composition pulling my gaze in a spiral jetty-like walk as I contemplate the measurements of the entirety of the universe mapped out onto an 11 by 15 inch plane. Between the wide-range of color, to the use of words and images of death and sex this work on paper’s aesthetic elements are as vast and overwhelming as its post-apooclyptic subject matter.

Surrounding the top and left-hand side of the skull there is a multitude of naked bodies performing a number of different sexual acts on one another; to the bottom right, the words “Spend Pend End” seep quietly into the background. I wonder about Freedman at the top of the mountain, whether or not there was an orgy or a burning bush, the contemplation of a sacrificial lamb.  The blue hues of the skull anchor the rest of the scene but if stared at too long can begin to become disorienting. Upon longer looks it becomes less clear whether or not you are staring upwards to the roof of a mouth or downwards onto something else.  I wonder if Freedman knows that due to a discrepancy in translating Exodus from Hebrew to Latin Michaelangelo and other artists of his time depicted Moses coming down from Mount Sinai with horns on his head. I think about writing to tell her how my friend Faisal in undergrad said these depictions led some Muslims to believe this meant he was The Devil.  Instead I’m distracted by a thin crack of red that trickles itself through the cool blues of the skull perfectly splitting the canvas in half, my mind now on the veil in the Temple at Jerusalem.

This line leads downward to the very bottom of the page where the red grows slightly larger then, as if splattering to the right, draws my eyes upward allowing for the circular movement of the image to continue doing its work. From here it moves to darker hues rising up and around the skull meeting a vibrant yellow and the first naked bodies of which almost seem to rest upon the shoulder of a headless form. Whether or not this body, which is larger than the others, is resting upon or growing out of the front of the skull is unclear.

Upon initial reaction it's hard not to see the similarities between this work and that of Georgia O’Keeffe, specifically her paintings of cow skulls; but also her subtle uses of color, her gestural florals, and even her metaphorical nods towards sexuality.  Though admittedly, Freedman is much more literal in that last aspect, which leads this work to being much more unsettling.  Something about Spend Pend End has a Heironymous Bosch type of atmosphere to it; evoking swirling feelings around beauty, carnality, and transience of human life.

I can’t help but imagine this piece is what it would look like if Georgia O’keeffe and Hieronymous Bosch had a baby, but I don’t know. There’s definitely hints of Frida Kahlo’s diary sketches also.  As I said before (at least twice writing this to you and probably at least ten other times out loud to anyone who will listen), there’s a lot going on here. Lots of movement and colors and existential dread and...Did anyone else recognize the headless body as some sort of  Venus of Willendorf? If not look again because it's there, just sitting all pot-bellied and faceless as if it were supposed to be Jesus during the second coming. Are you as impressed as I am? As impressed as Rafael and any other painter- Renaissance, or otherwise -who ever set out to illustrate the Transfiguration, should be? Doesn’t it look as though this Venus could possibly have a penis to you, or is it just me?  Also, this parting of the paper into two equal vertical pieces… it feels like breaking the rules and yet-- I’m not mad about it.  I love how this line from the possible penis (is it there? I’m dying to know, but something tells me that's probably the point) looks as though it’s trickling blood and eroding a canyon into the bone.

Wait a minute, that is blood right? Maybe this Venus has a vagina after all; or maybe regardless of all the bodies this is about more than bodily form. Or Maybe it’s nothing more than the visual representation of a conversation and game between friends. Maybe Freedman will read this and laugh the way I imagine she was laughing that day on the mountain. Laughing loudly at the absurdity of the gaps between intention and interpretation, or at words and how easily they can be manipulated, at the oddity in realizing their mortality is no different than our own. Maybe she went home and trapped these ruminating thoughts onto a two dimensional plane so as to continue laughing in order to drown out the dread; or at the very least-- to remind us how vibrant and volatile existence can be. 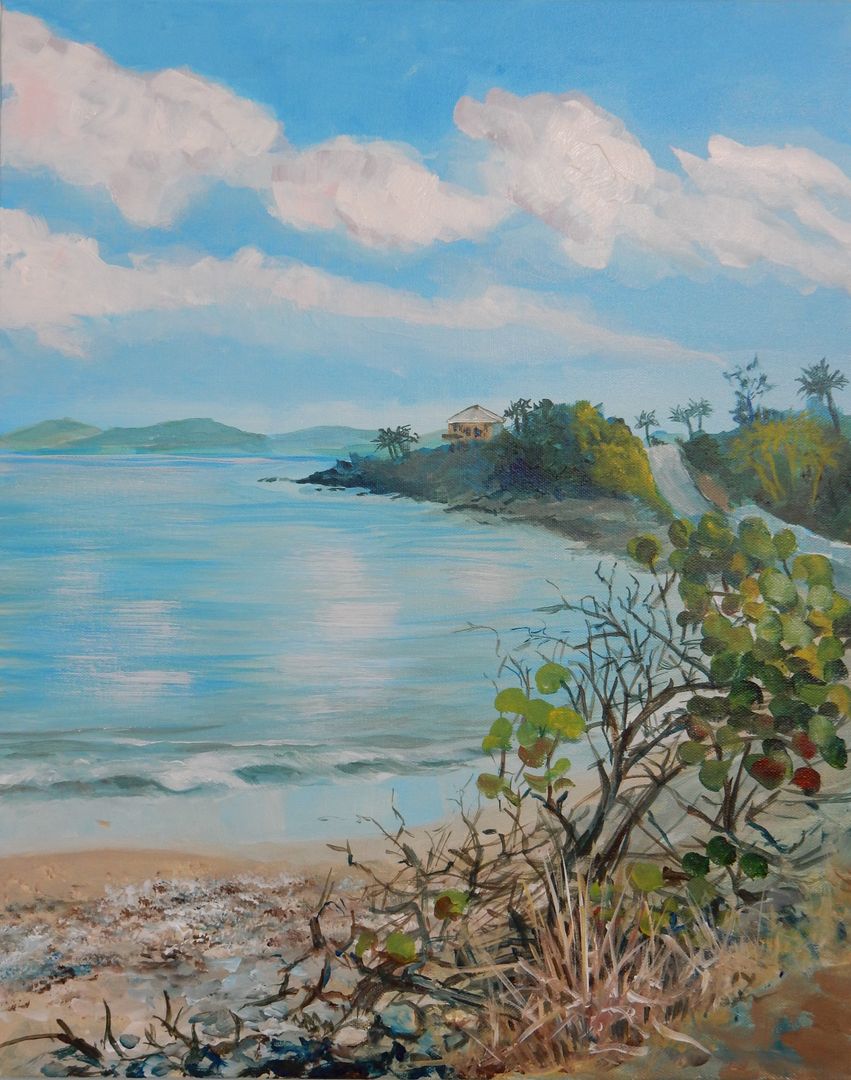 Save to Collection
Summer in Provence 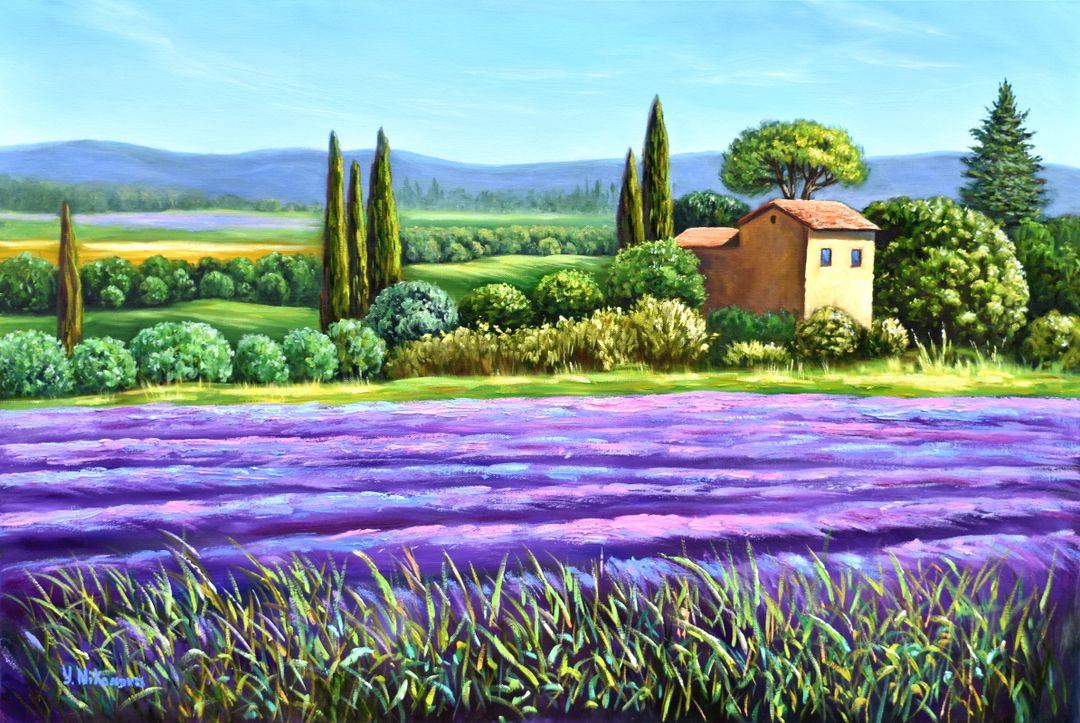 Save to Collection
Paper Weaving 09 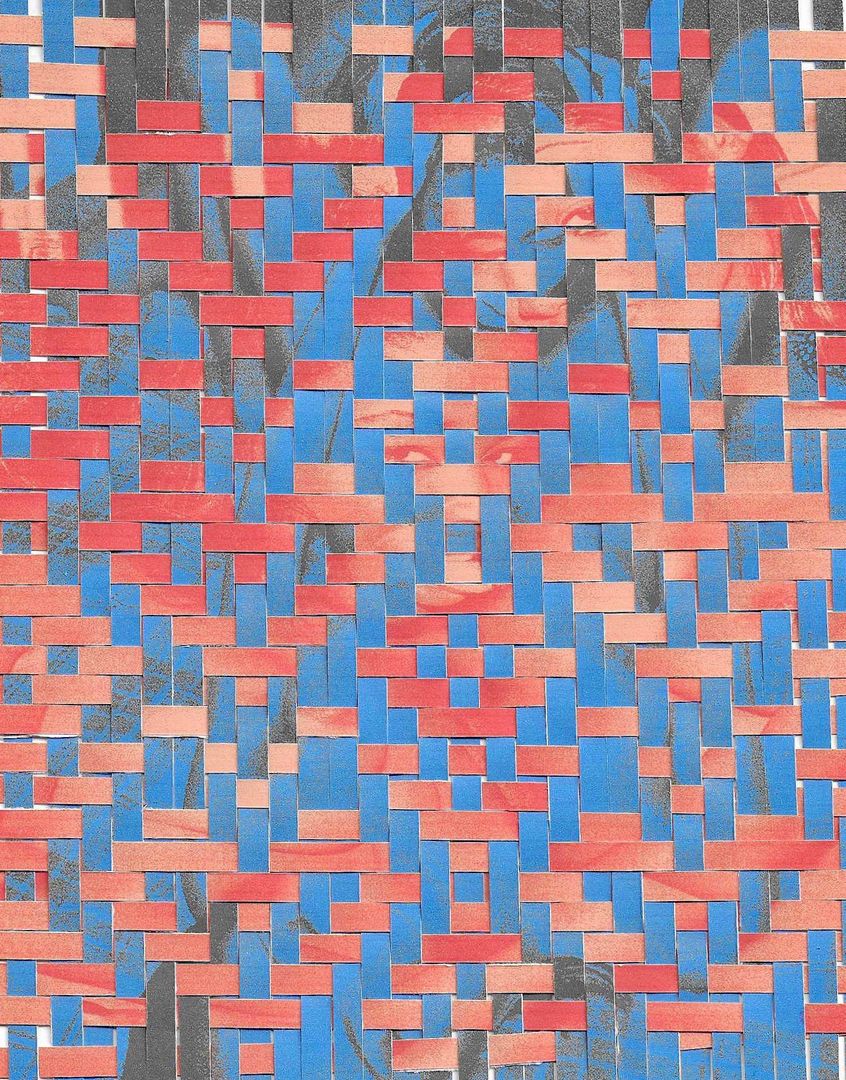 Save to Collection
The Ritualistic Lament of Professional Mourners