Warhol became interested in Mead when he started reading his published diaries. Warhol was highly impressed by his writing and film roles by the time they met. Mead would go on to star in Warhol films Tarzan and Jane Regained… Sort of, Imitation of Christ, and of course Taylor Mead’s Ass. He also did some photography and editing work for Warhol. His main passion was always poetry and he continued to perform his poetry all the way up until his death. Warhol Superstar Taylor Mead passed away on May 8, 2013.

I've always been greatly influenced and inspired by Warhol. "Taylor Mead" is one in a series of six portraits of Warhol's Factory Superstars. I begin by making several drawings of each subject based on various historical references. These drawings are torn and cut apart into pieces so that I can "audition" them until they make a portrait of the subject. 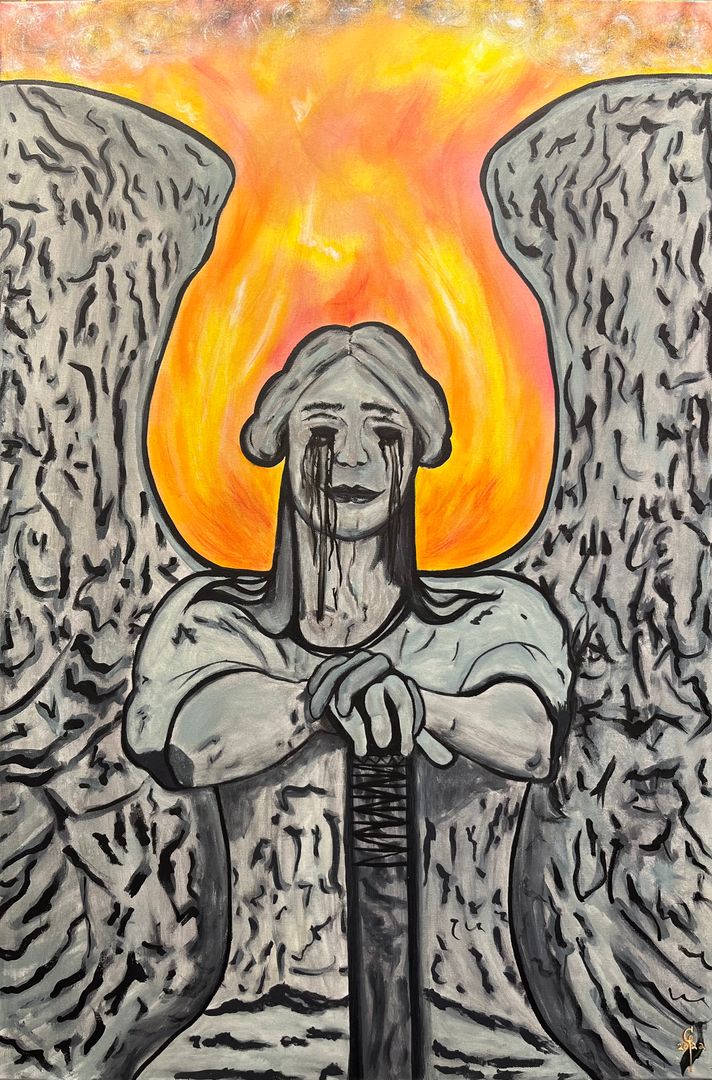 Save to Collection
Next Stop, Penn Station Save to Collection
Garden of Midnight (No2) Save to Collection
The Phantom of the Lake