Why Does Anyone Care About Art? 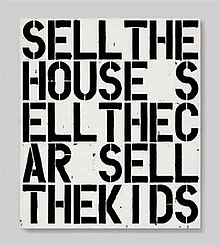 Art has always been and will always be a means to communicate emotion. Facts and figures require a degree of knowledge to be understood, but all in all, the path to their explanation is pretty straightforward. Feelings, on the other hand, not so much. Take a catastrophe: we can easily understand how many people died, how many buildings were destroyed, and how many trees were set on fire. However, what the subjective experience of those unfortunate enough to be subjected to the catastrophe felt like is far more opaque. Only through art can we approximate an understanding of another’s subjective experience. A prime example of this form of communication is Claude Lanzmann’s renowned and harrowing nine-and-a-half-hour-long Holocaust documentary Shoah. Lanzmann does not spend a second of the almost 10-hour film on any statistical facts about the Holocaust, nor does he show any archival footage. Instead, every second of the documentary is taken up with interviews of people involved (both victims and perpetrators). He did not eschew facts or figures because they were unimportant but because they were known. The number of people killed in the Holocaust was widely available. The 1956 documentary Night and Fog had already exposed the visual horror of the barbarity by showing archival footage the Nazis shot themselves. People knew it was terrible and that it must have been a horrendous experience, but that was all they knew, and Lanzmann knew that was not enough. Accordingly, he spent 11 years interviewing the victims and the victimizers to convey something of what the unimaginable felt like. Without his painstaking construction and dedication in creating this documentary, a crucial part of the human experience of a humanitarian atrocity would be lost to the world forever: the human part. Art is fundamentally about the human experience.

However, one does not need to delve into such extreme and painful examples to arrive at art’s most foundational and important power. Everything from true love to a fleeting observation can only be communicated through artistic expression. Sure, I could say, “I fell in love, and it feels great", or "I looked at a flower today, and it was really beautiful", but that does not get to the heart of the matter. But when I read Carson McCullers, The Heart is a Lonely Hunter, I understood heartbreak to a degree I never would have before experiencing it. When I first gazed upon Claude Monet’s Water Lilies paintings in MoMA, I saw the world through someone else's eyes like I never had before (I can guarantee that if someone told me they saw a small pond with some plants on it and had a transcendental experience, I would not have understood what they meant or what they saw). Through art, I have seen horror, immeasurable beauty, the heights of happiness, the depths of sadness, and got the closest to the divine I ever will, but, more importantly, I have gained some measure of understanding. The way a scientist learns about matter and the universe through experiments, data, and research, I have learned about humanity through art (and so have all of you because you would not be creating and collecting otherwise). For those who want to walk a mile in another’s shoes (comfortable or painful), for those who want to know what lies beyond sterile facts, for those who want to know what life feels like beyond the parameters of their own, and for those who want to experience the transcendental, art is the only way.