The Trouble With Being an Artist Part 1: Visibility 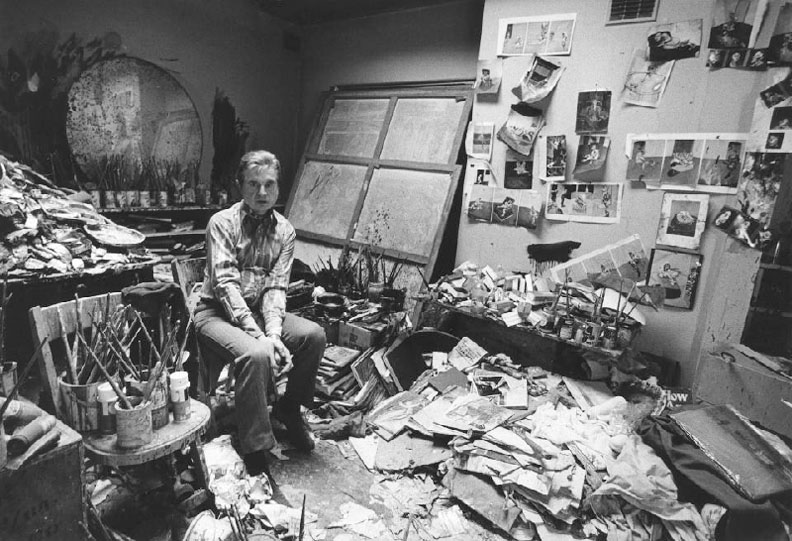 Over nearly a decade of working in the art world, I have been compelled to write a lot of shit I do not agree with (in some cases, to put it lightly), but the following does not fit into that category. The art world is a tough place to earn a living, and within its narrow and gate-kept walls, there is no vocation quite as trying as an artist's.

There is built-in inaccessibility that permeates all facets of the art world. This inaccessibility is not an unfortunate accident but an intentional ploy to maintain power and financial control over the market by art world elites. They foster a false sense of scarcity to maintain a monopoly on visibility and value (hence force; I will refer to these in unison as "V&V”).

Visibility creates value and vice versa. To some measure, this is a chicken or the egg story, but, in large part, visibility is a necessary prerequisite for value. If a tree falls in the woods with no one to hear it, does it make a sound? More importantly, who cares? Undoubtedly, this was a fairly momentous event for the tree, but outside of the little patch of woods in which it collapses, there is no effect. Same too with the unrecognized artist. How many great artists and artworks have ignominiously entered the dustbin of history without being discovered by those who pride themselves on discovery? How many artists who did not fit into the trends and motifs of their time were ignored by the movers and shakers of the art world?

If one were to ask gallerists why so much talent has been lost, they would almost certainly claim that there are so many artists worldwide that it would be humanly impossible to consider all their work. Of course, this is accurate to some degree. Some practitioners will inevitably fall through the cracks in a field as varied and vast as fine art. However, the current state of affairs is far less straightforward than "too many artists."

There has indeed been a tremendous proliferation of artists working in almost every medium over the last 100 or so years. With the advent of film photography and especially the more recent introduction of digital photography, vast segments of the population had the ability to create pictorial presentations at their fingertips. Everyone with a smartphone has the tools to create art. Admittedly, most pictures captured on a phone and disseminated via the internet are not fine art photography but snapshots of life and pleasantly validating and mostly harmless narcissistic self-portraits. However, if I was to copy and paste the aforementioned description of quotidian pedestrian photography into an alternative context, it could just as easily describe works of fine art. This poses a problem to the photographer who wishes to find an audience on Instagram because their work will likely be drowned in the incessant deluge of images constantly flooding the platform. But you may ask, what about painting?

With the dawn of the industrial revolution and the age of mass reproduction that followed it, the tools required to paint have become more accessible to vast swaths of the public. Not since the dominant artistic method was carving and painting hieroglyphics onto cave walls have so many people been able to use and afford (more often than not, barely afford) paint, canvas, and brush. Throughout antiquity, the Middle Ages, and the Renaissance, the necessary materials for painterly production were too expensive for most people to afford. A few lucky artists (who undoubtedly came from some money in order to afford tutorship in the process) were patronized by royalty, prosperous business people, and the church to paint the relatively few and far between works we have for these periods. Besides these remembered and forgotten old masters, an occasional wealthy Sunday painter would try their hand at the canvas. But that was about it. Everyone else was too consumed with just trying to survive even to consider making art, and they certainly could not afford to do so, even if they were overcome with the desire. With the invention of acrylic (a far cheaper alternative to oil), synthetic brushes, and machine-woven canvases, the necessary painterly materials are far more ubiquitous. But, even with this explosion of artists, the actual pool of serious artists is not too big compared to many other pursuits, so the tremendous challenges artists experience finding recognition and making a living cannot entirely be boiled down to the tellingly simple statement, “there are just too many of them.”

Next week, I will return with part two, The Trouble With Being an Artist: Value, and dive into the other and far more unsavory reasons so little art makes it into the public eye.

It appears the art market is very controlled by the few elite gallerists, players, collectors, curators and critiques. Insider connections and nepotism also form huge influences. The gate keepers are extremely protective and guarded as market makers. And what I find strange and mysterious is that the astromonical prices by the auction houses (in the millions to hundreds of millions $$$$) for highly appraised pieces which do NOT profit the artists in any way. Where & how does the artist capture the insane profits for high priced auctioned pieces? No one ever discusses that side of the business, as the elite investors auction & trade on these profits.

To make matters worse, most artist's who achieve high price points at auction are already dead, and (like you point out) the only benefit to the living artists is that their work, in general, rises in price. The biggest problem is that art simply should not sell for 10's of millions, and when it does it strips the work of its original meaning and turns it only into a lifeless asset.

👏🏻👏🏻👏🏻 Unfortunately, dead artists are highly valued. I luv that Jeff Koons, Takashi Murakami, Banksy, Yayoi Kusama have all defied this archaic concept, as they set new precedents: by exuding high market values in their current works and are able to profit directly.

Hoping that Altamira can be a game changing pioneer to allow artists to thrive through visibility, community, support, creativity, engagement, dialogue, and inspiration. Artists direly need to be able to independently sell their works based merit (and insightful narratives) at premium gallery or museum prices, generate buzz and demand without the stringent gate keepers !!!

I could not agree more. The gallery system is so corrupted and devoid of integrity that artists' best hope is to create a market outside of its control. Subverting the existing system is a difficult task, to be sure, and the Altamira team is well aware of the challenges, but we know the most important part is artists like yourself rejecting the chains of the dearly gatekept established system. Many things are dispensible in the art world, artists are not one of them. Art is nothing without artists!

Absolutely agree with two things that destroy creativity. The clickishness and snobbery and yes money ( for certain supplies and costs of showings, etc. So often too, belonging to the elites will get you the visibility. When you are in the “in crowd “ you get accepted, hence you get visibility and if nothing else the others in the group $support your work as you do $theirs. I love to read the “criticism “ from the critic.

I do not like most abstract art and when I see a very large price on say, a beat up couple of milk cartons .. I lose respect, perhaps it is because that seems to place value not so much on the reality of the piece, but makes the price become the reality of value, its worth of being art and in defining a large sum of money somehow depicts one’s ability. Also once someone makes it as a $professional$ artist . Seems that everything that follows, is often automatically accepted and is valued by the former $sucess$ of the preceding piece.

While I love abstract art and assemblages, I agree that ludicrously high price points end up eclipsing the original intention of the work. Furthermore, this ridiculous price inflation only shrinks the pool of artists who can achieve financial security from their practice. I can't wait to hear what you think about part 2 &3!

John, who is that in the photo? I know that face and can't pull up that name.

It's a very put-upon-looking Francis Bacon in his studio!

A very articulate take on this problem! I like your observation here: "Not since the dominant artistic method was carving and painting hieroglyphics onto cave walls have so many people been able to use and afford (more often than not, barely afford) paint, canvas, and brush." The comparison between early mankind and our era is interesting. We are artists in numbers, yet our methods are not lasting and certainly will not be excavated. Looking forward to Part 2.

I didn't even think about artist's becoming lost to history in addition to the present. It's a really good point and the chances of deserving artists remaining eternally unrecognized only increase with the mercenary tactics of the present. I can't wait to hear what you think of part 2 & 3!