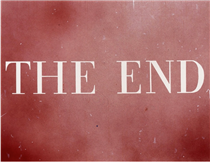 The question "is painting dead" has been hotly debated since the early 1990s. This scholarly squabble is not a matter of painting's continued existence and production but the possibility of substantial innovation and change within the medium. On the face it, this seems like a ridiculous question more geared towards provocation than actual substantive and valuable commentary. I fall firmly on the side of painting remaining in the land of the living, but I agree that there has not been the kind of seismic and revolutionary changes seen throughout the 20th century. Since the zenith of Neo-Expressionism in the 1980s (most personified by Jean-Paul Basquiat), there has not been a painterly movement that has undeniably expanded the boundaries of the medium (in terms of form; conceptually, there has undoubtedly been a pronounced change in recent years).

This cynicism about the future of painting is partly due to the unparalleled onslaught of innovation since the advent of Impressionism in the late 19th century. Impressionism was the spark that started the explosion of Modern Art. Since the Renaissance, the world has not seen such a tremendous, rapid, and all-encompassing growth of artistic expression. Creative possibilities were trapped behind a dam of tradition, and Impressionism’s rejection of realist painting irrevocably broke the dam and set the waters free. Suddenly the only rule was there are no rules. Impressionism gave way to Pointillism, then Fauvism, then Expressionism, then Cubism, Bauhaus, Dada, Surrealism, Futurism, Suprematism, Abstract Expressionism, Pop-Art, Minimalism (I mean, it’s pretty mind-blowing that art historians and critics were pulling their hair out over the audacity of Impressionists’ slightly less figurative landscape paintings and less than 70 years later artists were painting the entirety of a canvas in a single color). In half a century, paintings would have been utterly unrecognizable as such to even the Impressionists who opened the doors to wonderful abstract madness. I find it very unlikely that if you threw Edgar Degas into a time machine, brought him 30 or so years into the future, and presented him with a Lucio Fontana, he would have even the faintest idea that he was even looking at a painting. So, coming on the heels of such a monumental and unbroken deluge of change, any more recent movements would look stagnant in comparison.

The other aspect of the proponents of painting’s demise is how exhaustive modern and contemporary art was. How can any markedly new abstraction be discovered after Yves Klein covered an entire canvas in a monochrome coat of blue, Agnes Martin in subtle lines of color, and Jackson Pollack in chaotic drips and splatters of paint? What hope can artists have of finding new forms of abstraction when everything from discombobulated, blocky faces to tri-colored concentric circles has already been accomplished? Perhaps there is no hope, but that's why critics aren't artists, because only artists can see what has never been seen before, and the rest of us are stuck in the cage of the familiar until someone breaks the lock and opens a hitherto unseen and unimagined world.

In recent years there has been somewhat of a return to figuration, in part because of the 20th-century's wealth of abstraction highlighted above and because artists have become more interested in exploring more concrete, real-world concerns than centering their practice on self-reflective investigations of the medium itself. The subject matter of Minimalism is painting. It dissects and breaks down painting into its component parts: color, form, and material. What was so refreshing about Pop Art and Neo-Expressionism is their return not just to figuration but to the concerns and conceits of the external world. Suddenly artists were making paintings about culture and life instead of color and shapes. This change has continued to the present moment, and variations on figuration are probably more common in contemporary painting than abstraction (but this distinction is too slight, and the gray area between the two types of expression too vast to make any concrete statement about it).

Ultimately, in my view, this debate boils down to how one views the intention of art. Is the purpose of art to impress critics and push boundaries, or is it a means to communicate emotions and ideas in any way the artist sees fit? I favor the latter. While, of course, no one wants to be derivative and dull, neither does one want to stifle their creative process by being single-mindedly driven by the desire to be new. Innovation will come naturally when one remains faithful to their vision.