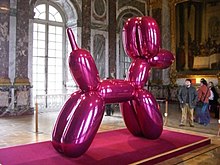 At the end of the day, when considering art of any kind—from literature to film to painting and beyond—the most prescient question is always: "is it good?" This question applies to everything, but it is harder to make a value judgment about a painting than a vacuum cleaner. Judging the value of art (I’m not exclusively talking about financial value, but instead, what it provides as a whole) is much closer to evaluating an emotional state such as love than any other physical object because art is the material embodiment of emotions. Even fashion has a degree of utilitarianism that does not exist in the context of art (that being said, I imagine a particularly smooth Chamberlain could make a lovely coffee table, or a Dan Flavin could be a good lamp if one were predisposed to hospital lighting). However, all is not lost as we regularly make value judgments about enigmatic and personal situations.

What draws us to a work of art is as subjective and contentious as what draws us to people. One can think they know what they want in a partner, one can firmly believe that they will only fall in love with someone who holds certain beliefs and acts in a particular way, but there is always someone out there who will knock down that house of cards in a week. The same is true with art. I once saw an experimental film that I thought was the worst film ever made. When I sat down to write about it (eviscerate it), I realized I thought it was one of the greatest artworks of all time (that sort of turnaround doesn't happen too often with vacuum cleaners). Two seemingly like-minded people can meet the same person, and one falls in love with them, and the other hates them. Two people with hitherto similar tastes can encounter a painting and have a similarly polarizing interaction with it. I have hated entire forms of artistic expression (performance art and modern dance [honestly, still struggling with the latter]) and then seen iterations of them that changed my entire attitude towards incredibly broad categories. I went from thinking performance art was ridiculous to utterly respecting it after just reading about Carolee Schneemann’s Interior Scroll. So how can anyone ever make objective judgments about something that will even drastically subvert their own steadfast beliefs? The answer is decidedly that one cannot, but how boring would art be if one couldn’t make argument-inducing, pretentious, and annoyingly objective judgments?