A Defense of Conceptual Art 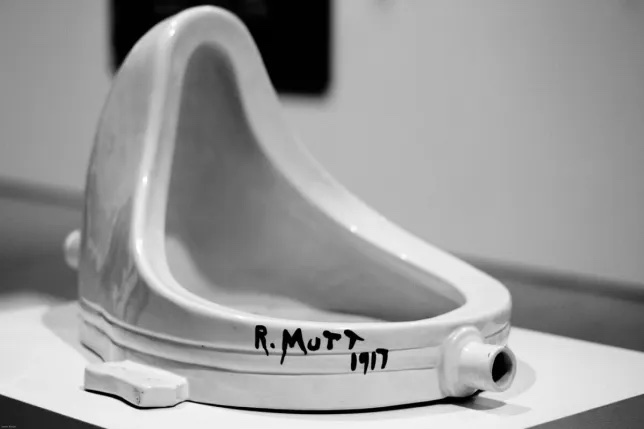 Opinions and art are inseparable, as are opinions and conflict. Art is about appreciation; the stronger one's opinion, the stronger one's appreciation. This can be an irritating state of affairs, to be sure, but if the debate does not occasionally rise to the level of vexation, then is it worth the effort? I cannot imagine how boring art would be if everyone held the same point of view. So, on that note, let's dive into one of the most contentious subjects: conceptual art.

The advent of modern and contemporary art opened the floodgates to forms of expression and new mediums that would have offended, amused, and baffled the impressionists (who are the ones who opened the damn gates in the first place). Their reactions would almost certainly mirror the dismay of their old guard at the impertinence of the impressionists' unprecedented brushwork. Likewise, the critics of impressionism would probably feel vindicated: "see what happens, you start subverting the rules of painting, and next thing you know, we have to look at a banana taped to a wall!" I think very few people believe that modernism and all its children are worthless, so the question is, "have we gone too far?" If you think so, as I know many of you do, I would love to further our debate in the comments, and I more than sympathize with the critics of conceptual art as part of its mission is to spark controversy.

The nexus of peoples' irritation with modern and contemporary art takes many forms (some people do not even like abstraction, but that's a subject for another day). While many of these complaints are at odds with each other, they are all linked by an intensity of displeasure. People who are highly invested in appreciating or creating art tend to feel very strongly about their beliefs. These feelings become even more pronounced as artists push into increasingly unprecedented territory. I do not think anything provokes outrage quite like the broad and nebulous category of conceptual art.

The three biggest culprits are object-based conceptual art, performance, and experimental film. The debates about the first two have crept beyond the art world and into the general public. The scope and intentions of conceptual art are so broad and varied that it is impossible to define, so I think the best approach is to identify a few of the main things people find troublesome.

Conceptual art is often seen as lazy, pretentious, meaningless, devoid of artistry, and just plain annoying. I understand why a painter who takes great pains to construct beautiful and intricate compositions is offended by people gushing over Marcel Duchamp’s Fountain. For those unfamiliar with the work, Duchamp was one of the most influential and provocatory artists in history and was interested in what made something art and what constituted the act of creation. All art is, to some degree, the process of collecting materials and assembling them into something new. So how much or how little does an artist need to transform something for it to become art? Can one just take an object, sign it, and pop it into a gallery? Well, Duchamp did just that.

Fountain is a toilet that Duchamp found, signed as "R. Mutt / 1917", and presented to the world as a finished work. I can imagine the displeasure an artist, who had painstakingly labored over a composition, felt when they discovered Fountain installed next to their painting. It seems like an assault on art and creativity, an insult to the hard work of more traditional practitioners. This assessment is not entirely correct, nor is it entirely wrong. Duchamp was a mischievous fellow who certainly got some pleasure from thumbing his nose at tradition and expectations. However, he also sincerely sought to explore what made something art, and the only way to accomplish this was to push the limits of the public.

A toilet transforms into fine art because an artist recognizes its conceptual value and then creates that value by bestowing the hitherto utilitarian porcelain with a signature. Undoubtedly, it took Duchamp considerably less time to inscribe a signature than any other painting ever made, but how much time and genius did it take to arrive at such an unprecedented idea? And do time and physical effort determine artistry? No. Art is not craftsmanship; it does not require technical acumen or intensive labor to be great. An artwork that excites people, infuriates them, and inspires over a decade of heated debate, is a masterpiece.

Well ARTICULATED John!! I appreciate your technical definition of art as the ENTIRE PROCESS of collecting & assembling (which includes gathering, imagining, preparing, assembling, interpreting, redefining, visualizing) materials and concepts to produce a final result - SPOT ON! It's interesting how my definition of art continuously morphs, evolves, and broadens... as artistry, craftsmanship, composition, complexity, conceptualization, imagination, reinterpretation, expression, evaluation, expertise and refinement are all part of art's everchanging shapes and platforms. Regardless of size or shape, art's true purpose is to make one feel, react, and engage... XO