Love this, her stare is perfect and the bit of orange behind her completes the composition.

Observing strangers on daily subway commutes is a time-honored New York City tradition. I guess some people never look up until they arrive at their destination, but I have never met or heard of them. RP Coleman’s Subway #10 captures the strange duality of unfamiliar and familiar that defines these journeys. Most jobs necessitate a degree of commuter rhythm. Depending on where one lives, only a few combinations of different subway lines get one to work. Besides the incessant delays, there is no unbroken stream of commonality between one commute and the next. However, there is a feeling born of constantly seeing half-forgotten faces and glimpses of familiar expressions. One is rarely sure if the person resting their head on the pole was the same person one saw last week or just another face in the crowd. The feeling these instances inspire lies somewhere in between nostalgia and déjà vu. It is what makes New York feel no unbearable and so wonderful.

Seeing millions of people every day who you do not know and will never know (but, occasionally, think you might know, in the way you know any stranger) can feel alienating and depressing. Being around so many people without acknowledging them can leave one feeling hopelessly dejected and disconnected from the world. We begin to think that we are not a part of humanity but simply navigating our way through its endless tunnels. There is no doubt we are making our way through unpredictable hordes of people, but that does not mean we have to do so joylessly. RP Coleman paints people in subways, and New Yorkers stare at their fellow passengers because that's how you enjoy the journey. That's what makes your maddening commutes rewarding and not soul-crushing. It is the same inclination that drives all artists: to find humanity.

Thanks, John. Much appreciated. I definitely search for the familiar with each stranger I spend time painting. I find it hard to escape the conversation of loneliness, especially in these subway paintings.

it is a prescient reminder that we are all experiencing something similar even when we feel the most remote and solitary. It gives me a sense of solidarity and hope! Save to Collection
butterfly 29. 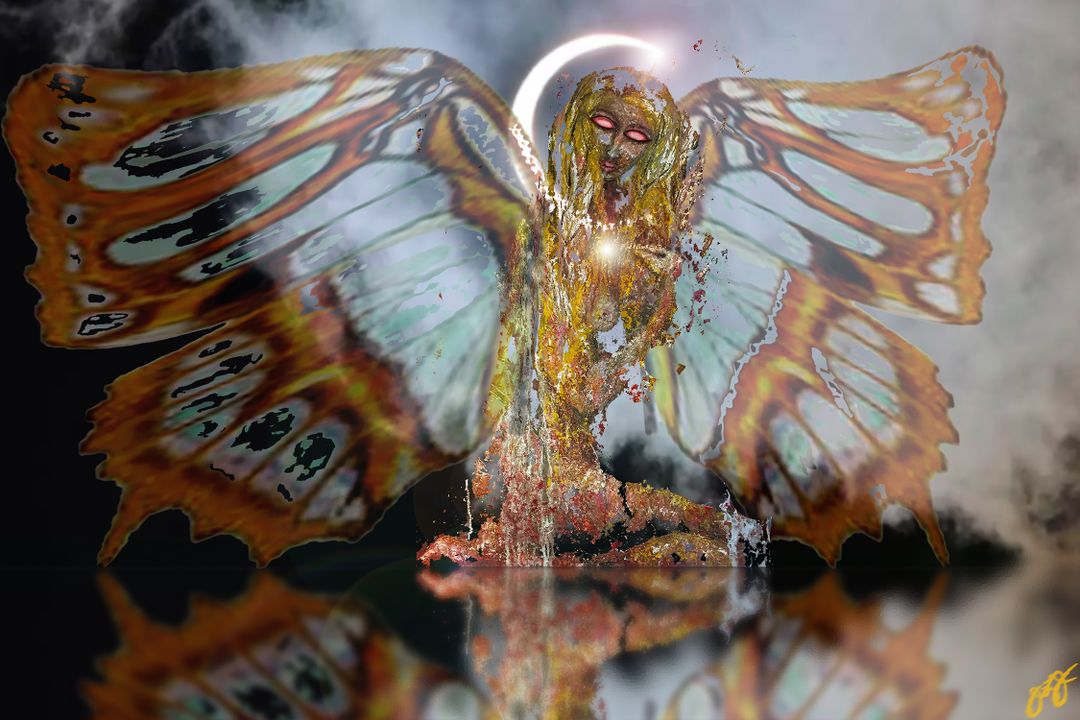 Save to Collection
Interior Landscape: Guardian

Save to Collection
Winter Dance